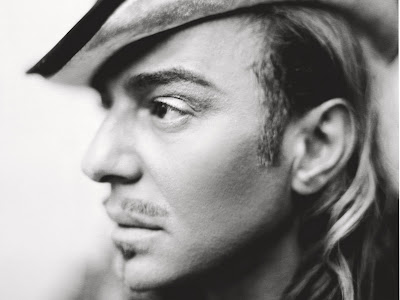 On a statement released today, Sidney Toledano Dior's president & chief executive officer said that John Galliano has been officially fired from his position as creative director of Dior.

Galliano's ludicrous remarks captured on a video that was released yesterday, was actually the reason why the longstanding fashion house executives decided to sack the designer as his position and views do not reflect the core values of Christian Dior.

Who do you think will replace the imaginative and innovative Galliano as creative Director of Dior?There's been talks that Kris Van Assche will take over and rumours that Haider Ackermann will step in.We'd have to wait and see!

By Andreas Menelaou Features Assistant
Posted by Features at 3:51 pm