Return Of The Fake 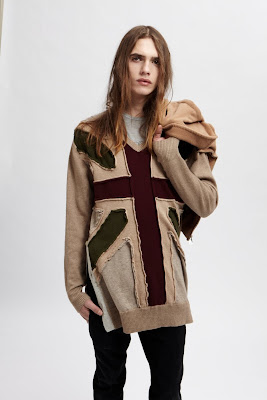 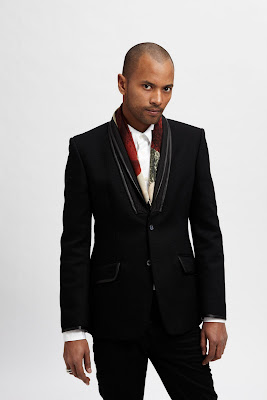 FAKE London, the iconic British label that well and truly encapsulated the era of Cool Britannia is back with a bang for Autumn/Winter 10 after their three-year hiatus.

FAKE London has had a cult following like no other. In the height of the Brit Pop explosion of the 1990’s, celebrities such as Debbie Harry and The Rolling Stones were donning their threads, while fellow fashion designers such as John Galliano and Raf Simmons were also counted as firm fans of the brand.

This long legion of followers shall no doubt continue with the launch of the brand new premium collection straight in for Autumn/Winter 10. The collection includes trademark styles such as the soft-check Parka which has been revamped for a new generation; while FAKE’s signature British heritage iconography, from the Bulldog to the Union Jack, feature consistently throughout.

With a focus less on embellishment and more on key individual pieces, the collection incorporates classic silhouettes fused with sophisticated styles while still retaining touches of FAKE’s characteristic sartorial wit.

In this comeback collection, FAKE’s former fans will recognize the humor and attention to detail which is at the heart of the label; while newcomers will undoubtedly discover a true classic with a modern twist… 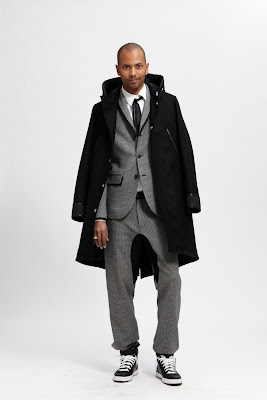 How was the brand initially established?
It started in London, as a bit of a hobby and as a bit of fun, just making things that we liked, experimenting with recycling and artistic ways of making garments; but nothing was really planned to work in the orthodox sense of a fashion label.

How has it evolved since its original incarnation?
Obviously it has become part of the fashion system, doing two collections a year and working with established producers, but the freshness and artistic spirit is still there. It has grown-up.

Who or what inspires you when it comes to designing the clothing?
As a rule, I try to design with “Britain in mind”.
The themes can be as far-fetched as possible, but always linked to something British. It is, in a way, a discipline that I follow so as not to get lost or too distracted by the myriad of things that are of interest to me.

Tell us about Damien Hirst’s connection with the brand and his role in the re-launch of the label.
I have known Damien for a long time. He has always been a fan and friend of the brand. He did a series of spin paintings featuring the FAKE London logo. Besides being a hugely talented artist, he is a very generous person and we thought that the re-launch of the brand was an excellent occasion to present them to the world (with his kind permission).

Why do you think the brand has gained such a cult following amongst the art and music scene?
I have always loved art, the art world and any creative discipline. Obviously if you are inspired by this, it will show in your work. People who are like-minded see this and luckily feel related to it. 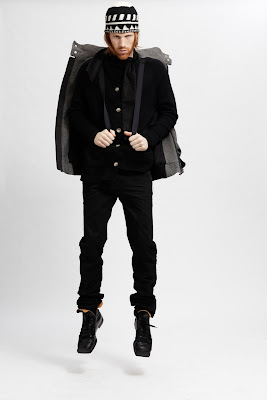 What key items stand out from the new men’s collection?
I personally think that the camel hair crombie coat with lasered three lions on the back catches the spirit of FAKE very well.
It is a very classic gentleman’s item with a sports element and embellished with a modern technique. The cashmere wet suit jumpers, the tweed parka with technical lining and the perennial Union Jack cashmeres are high up there as well…
What sets FAKE London apart from other British labels of this generation?
Despite it’s name, it’s always about things that are real. It doesn’t imitate others, the references are not from trend magazines, but from solid traditions and understanding of the world that surrounds us. It has a real identity, a story to tell, and it shows respect for the wearer.
We think that our client is an intelligent, fun and discerning person.

What does the future hold for FAKE London?
We hope to make our old fans happy with our return to the world and to introduce the new ones to this very exciting world.
The rest is all written in the contents labels on the side seams….

FAKE London was founded by Desiree Mejer. She is now Creative Director while her Italian Partner, Italservices, are producing and distributing the premium line ready for the new season.
www.fakelondon.com
Posted by Aideen Shannon, Features Assistant at 9:22 am