Karl Lagerfeld, the be-gloved, ponytail touting figurehead behind the Chanel empire has now extended his resume beyond being just a designer/film-maker/photographer/model (if that wasn't already an impressive list of credentials). No, this man is going one step further and is now dabbling in terraforming. That's right, Mr. Lagerfeld has decided to create an island.
Joining forces with Miami-based architecture firm Oppenheim and the KOR hotel group to create the man-made land form dubbed the world's first ever "Fashion Island", it will be situated 20km off the coast of Dubai. Christened "Isla Moda", the island will be the chic location for high-end boutiques, three five-star hotels and 150 luxury properties and should be up and running by 2014. The island is expected to host a variety of fashion-related events and shows and shall no doubt become a mecca for stylish individuals world-over. Of the elite project, Lagerfeld said, 'Dubai is a fashion bud on the verge of blossoming into the next fashion hub of the world. The city is alive with culture and rich in personality, making it a perfect place for aesthetic fashion and design to flourish'. 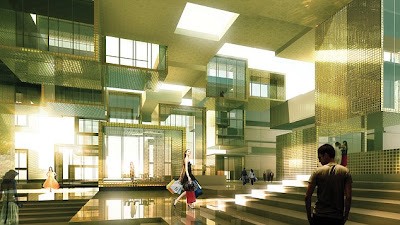 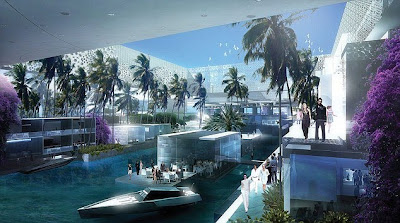 Posted by Aideen Shannon, Features Assistant at 11:20 am