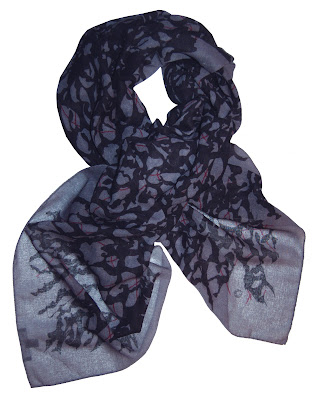 JANE CARR, the scarf designer adored by the likes of Cheryl Cole, Olivia Palermo and Diane Kruger has launched her debut men's scarf collection entitled "REBEL REBEL" this January at Pitti Uomo.
The collection follows the same aesthetic of the womenswear collection and is aimed at the fashion conscious man who enoys style and wants to have fun with it.Carr who has previously worked as a textile designer for Versace, said that introducing a menswear collection felt like the right next step after the success of the women's line.
“We’ve always been asked by both press and stockists about launching a menswear line. It was a natural progression for us to produce this collection and what better a way to start than to debut in Italy...” the lovely creative director Jane Carr commented. 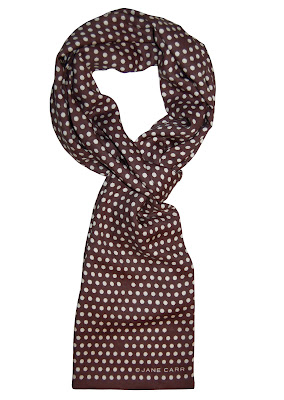 Staying true to form in creating distinctive prints “REBEL REBEL” looks to the legacy of original bad boy James Dean for inspiration. For the menswear line Carr included designs of the brake pads in his 1954 Porsche tearing down Route 66 to the entangled bike chains of his motorbike, even a digital print of the icon himself against a variety of lightweight hand made fabric bases including silk blends and pure cashmere.The masculine effect of Carr's work can only be unveiled in its full effect when the pocket squares and neckerchiefs are unfolded!
The collection will be launched exclusively at selective influential men’s boutiques and major department stores internationally, in addition to the JANE CARR online boutique at www.jane-carr.com.
By Andreas Menelaou Features Assistant
Posted by Features at 9:26 am