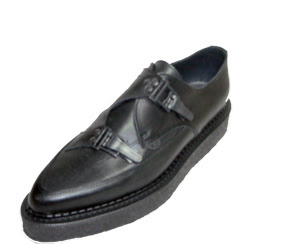 Did you fall in love with Nicola Formichetti's Mugler show?We did as well but being shoe fanatics here at 7thMan we were eager to find out more about the shoes of the show.We did a little snooping around and found out that the shoes were actually designed by British brand UNDERGROUND in collaboration with Formichetti.
UNDERGROUND who are best known for their heritage rock'n'roll footwear have been around for over 20 years and have designed landmark shoes including the creepers, winklepickers and steel capped boots. The brand were hand picked by Mugler’s newly appointed Creative Director, Nicola Formichetti to create the shoes for the AW12 Menswear show that took place last week in Paris as the idea of the collection was an immaculate fit to UNDERGROUND.
The shoes combine trademark UNDERGROUND touches such as the infamous creeper sole with a Thierry Mugler aesthetic focusing on buckles and eyelets for an edgier appeal. UNDERGROUND shoes are available to buy at TOPSHOP,Office and Urban Outfitters but also on the UNDERGROUND website! 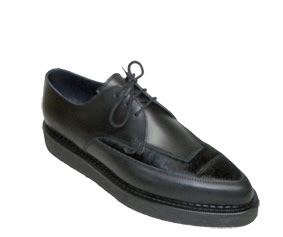 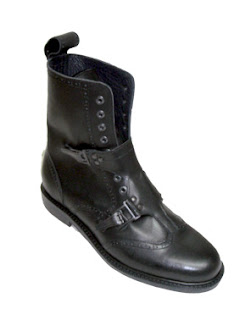 By Andreas Menelaou Features Assistant
Posted by Features at 5:19 pm