For a business that has now become somewhat of a British institution, it’s hard to believe the humble beginnings of Simon Carter Menswear and Accessories.

Having shunned a career in medicine in favour of working in fashion and design, Simon found himself working in a vintage clothing store on the King’s Road back in 1983. One day, a customer brought in a 1930s motorcyclist brooch to sell, and with this came that all-important light-bulb moment that would denote the path his future would take…

“They gave it to me instead of a day’s wages. I wore it. This was the early 1980s, the New Romantics. Blokes wore brooches!”.
Following this revelation,  Simon went and sourced a manufacture in Cornwall to make up a hundred of the design and loading up a Gladstone bag, Simon hit the streets.  And so, the label was born. 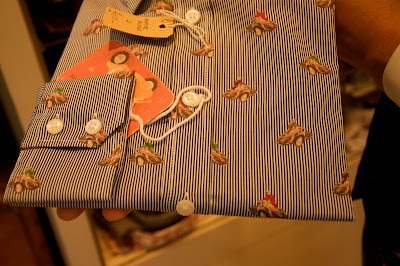 Roll on twenty five years and Simon Carter Menswear and Accessories is now an incredibly successful business with the brand being stocked in stores in forty countries worldwide. In celebration of this expanding empire and  his twenty fifth year in business, Simon Carter invited 7TH MAN down to his store in London’s historic Shepherd Market for a preview of his new collection. 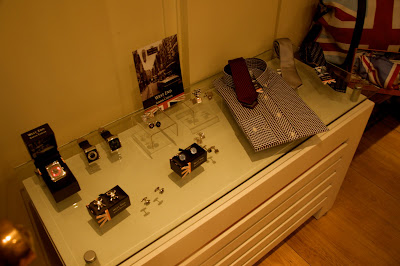 Never one to shy away from embellishment, Simon’s range of cufflinks take luxury to the next level. With whimsical designs from turtles to frogs, 7TH MAN’s ultimate pick is perhaps the the Swarovski Jewel encrusted mother-of-pearl Union Jack cufflinks: 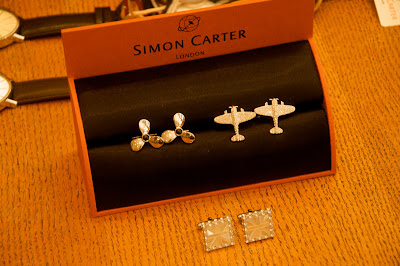 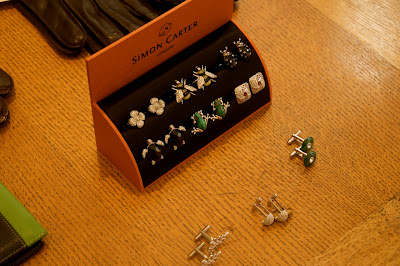 The Union Jack most definitely is a common theme for this season, with Simon Carter’s Union Jack paint effect tote most definitely injecting a certain “Best of British” spirit into the collection. Available in three colourways, the bags are finished with equestrian grade leather straps and the iconic Simon Carter comic strip lining: 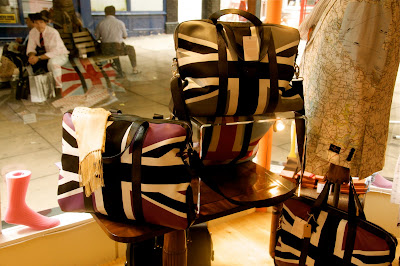 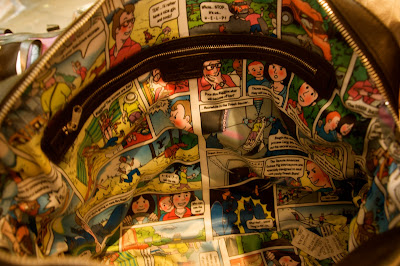 So what have we to look forward to from Simon Carter in the future? Well, building on the success of the Shepherd Market store, Simon intends on launching four more of these stores over the next three years. Meanwhile, Simon’s limited edition range of gentlemen’s accessories marking his Silver Jubilee celebration will no doubt be a hot favourite this upcoming season.
For more about Simon Carter, click here.
Posted by Aideen Shannon, Features Assistant at 5:57 pm