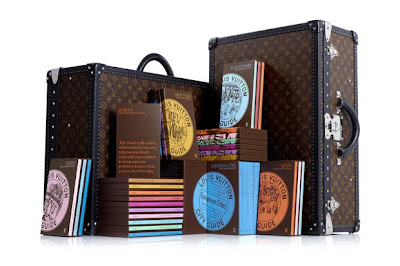 Famed for its luxurious line of monogrammed luggage, Louis Vuitton is now further expanding its focus on the travel market with a series of city guides for 2011. Set to be released on October 15th, there will be seven guides in total which will detail the following style destinations respectively: New York, Los Angeles, Paris, Rome, Tokyo, Miami and Berlin. In celebration of the launch of the book, Louis Vuitton has created a series of two minute films that preview the guides, offering advice about everything from food, art, design and fashion.
Check out Louis Vuitton's insights on style capital New York below:
Posted by Aideen Shannon, Features Assistant at 12:08 pm