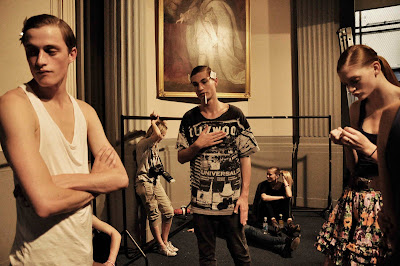 With the 1970's trend out in full force this season, Tim Soar's new collection, "Mr. Newton" which showcased at Freemason's Hall was no exception. In a brilliant homage to David Bowie's character in The Man Who Fell To Earth, Soar's collection exuded a certain retro feel, reworked with slick contemporary stylings. As the man himself explains: "I became interested in strong, clashing primary colours. The fabric palette for this story is knit, welded PU, Tyvek and new and recycled denim. Tyvek, the wonder material of the 7o's, wears and ages in a way quite unlike any other fabric. I am generally anti-retro futurism - it is normally just long hand for kitsch. But this material seems modern in a way that is both 'now' and 'then'."
Along with structured 70's shapes courtesy of the wide lapels, long lines and high waisted designs, surprising touches added a playful edge to the collection. With a nautical theme featuring throughout, with wetsuit booties and life-jackets making the odd appearance; other stand out pieces included bold black and white garments which gave a certain sense of drama to the collection overall. 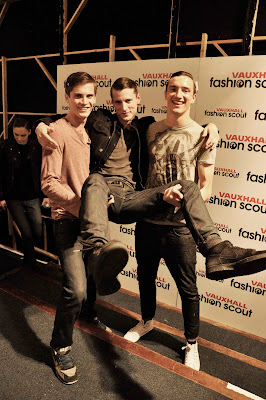 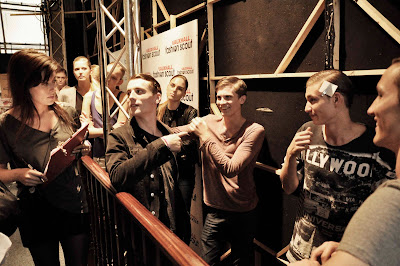 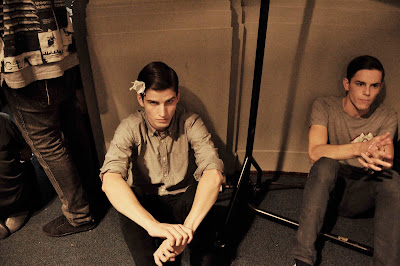 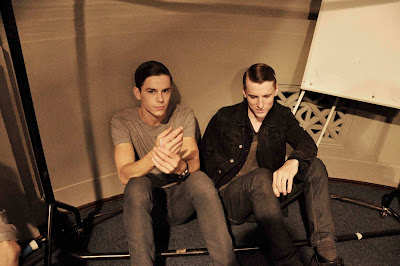 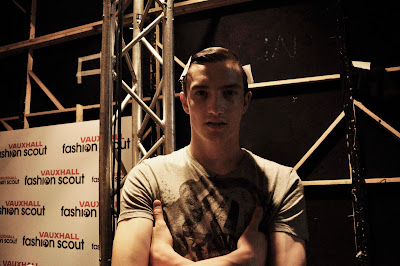 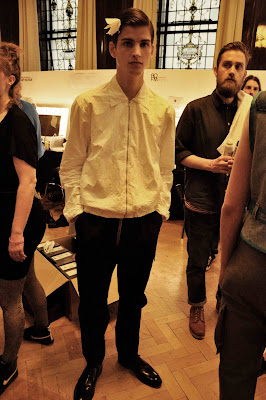 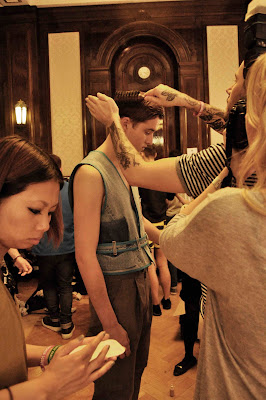 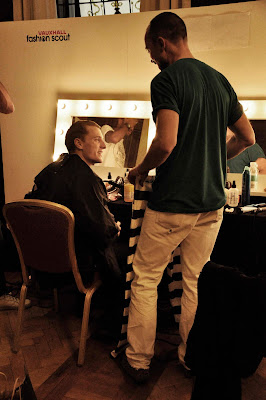 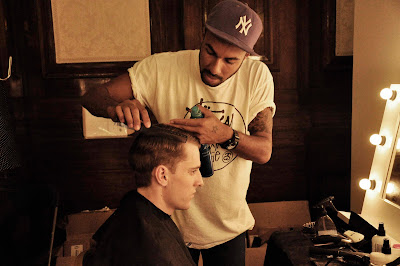 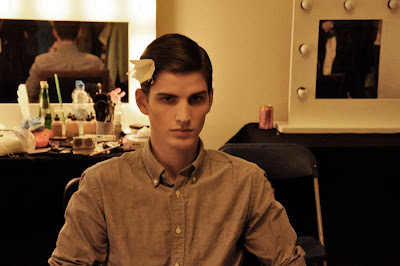 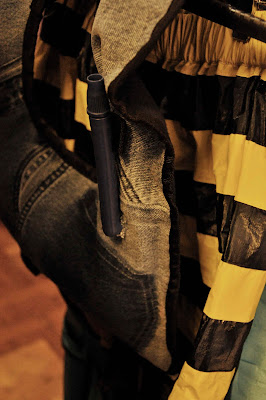 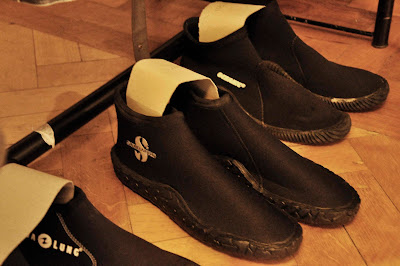 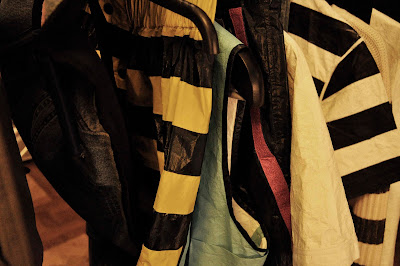 After all-access backstage antics with the boys and girls of Tim Soar, we spoke to the designer once the show concluded for an exclusive online interview: 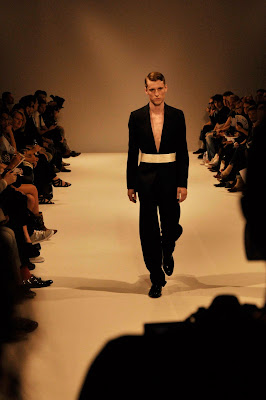 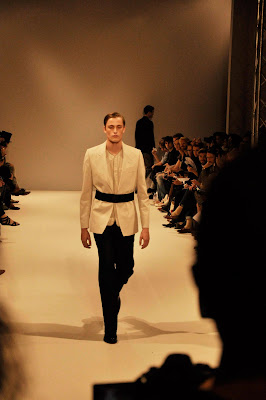 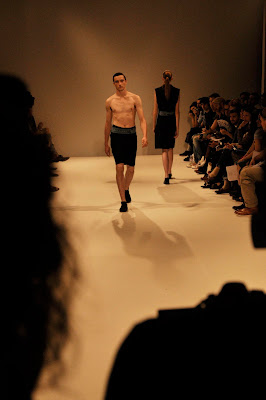 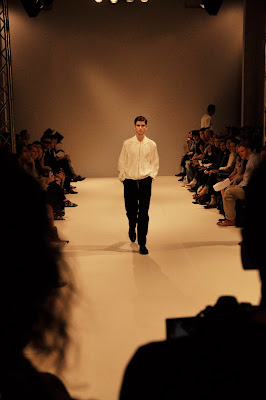 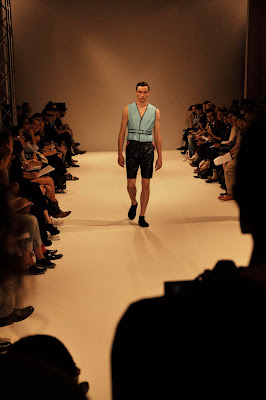 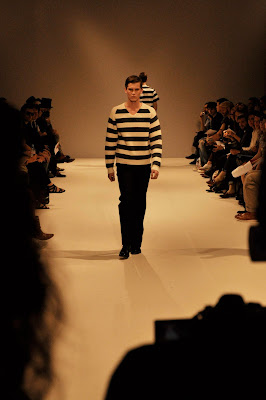 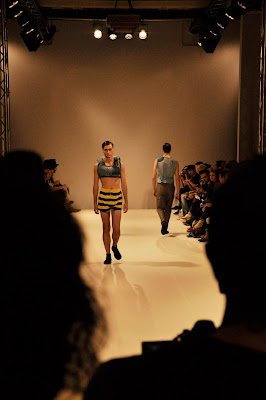