A Journey With James Small


In amongst the bustling exhibition space of FASHION EAST at the height of Men's Day, emerging menswear designer, James Small, unveiled his latest collaborative project. "Journey" is a short film courtesy of Small and his friends, Tom Beard and Jamie Hince and was inspired by a summer love of travel and festivals. The film centres around four boys-each with entirely different personalities and contrasting looks. Shot on location in the Cotswolds and using Super 8 and digital cameras, the film possesses a certain vintage, dreamlike quality, yet retains a level of sharpness that pulls it back into a more contemporary arena.
The result is a visually stunning piece which not only is beautiful to watch but serves as the perfect medium to exhibit Small's clothing. A key item which was featured in the film is the exclusive W Insider belt which W Hotels Worldwide, American Express and W London commissioned Small to make. 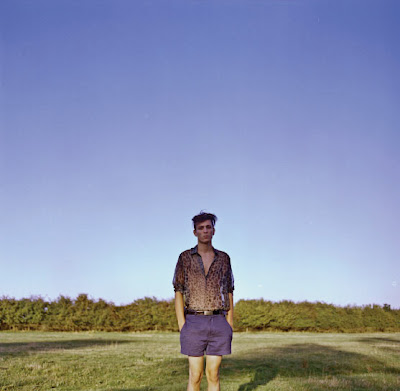 What's your back-story in becoming a designer?
I went to London College of Fashion, where I did a degree in menswear for three years. Then when I graduated, I went to work for Kim Jones for about five, six years. Then after that I decided to set up my own label. That's pretty much it!
Tell me a bit more about the film? How did it first come about?
Well, basically I didn't want to do a runway collection. So I decided to get together with my friends Tom Beard and Jamie Hince and make a short film. Luckily I was able to do so through sponsorship from W who wanted a product that would go with my idea of traveling with the collection. Then obviously with the hotel, it all ties in with the traveling theme. So they commissioned me to make this belt, which is in the film and is a key part of the collection. For this season, there's a lot of florals and earthy colours, very hippy inspired- Sort of how you would dress on your way to a music festival.
So how much does music influence your designs?
Music has a huge impact on my designs. I naturally design A/W collections much more easily and am usually stumped when it comes to S/S. So this time around I thought, what does summer mean to me? And the answer is, to me, summer means music festivals
What music do you listen to?
I'm very much into rock, a lot of the oldies.
What festivals did you go to this summer?
Isle of Wight Festival, Bestival, Glastonbury.... Yeah I've been to quite a few!
Any plans for more films such as "Journey"?
Yeah I really enjoyed it- it's had such a great reception and it's a nice thing to have. You can put it online and it's really accessible for people. So I think it's a great thing do for summer and to then leave the shows for winter.
Posted by Aideen Shannon, Features Assistant at 4:06 pm