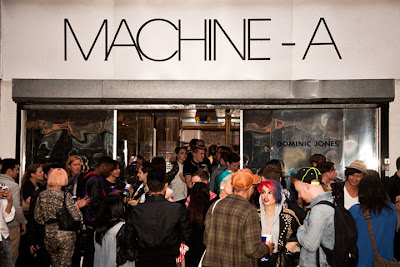 Last week saw the launch of the highly anticipated Dominic Jones window at Machine-A and the spectacular design has been catching the eyes of Soho ever since. Executed by the extremely talented Luke Abby and his team Tonea Charley, James Barnett and Poppy French; Dominic Jones's exquisite  installation consists of stacked, mirrored boxes which are cut at an angle and contain rotating platforms with various different trees attached. The result is a stunning visual illusion. Says Luke, "The window is very unique, clean and exciting. I'd love to say simple, but that wouldn't be true as it was very hard to do!" 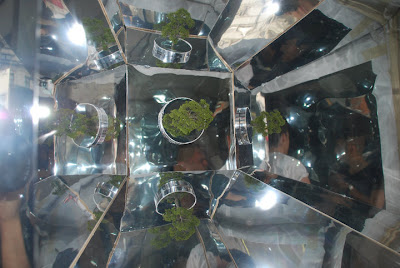 Luke however, is no stranger to hard work as he juggles careers both in-front-of and behind-the-camera. As a successful set designer, he's produced creations for the likes of Fiasco, Disorder and Notion, as well as having worked on the presentation for Twenty8Twelve at LFW. (Luke's even worked with us here at 7th Man!) Meanwhile, as a hot up-and-coming face at AMCK, his modeling career is also certainly on the rise.
So what does he make of his latest venture at Machine-A? "This was my first major project by myself but I'm so glad that I took it on as I've been wanting to do something for Machine-A for a long time now. So to get this opportunity was a great satisfaction. Plus it was nice to do a window display as I hadn't done one before, so I'd definitely love to do more". 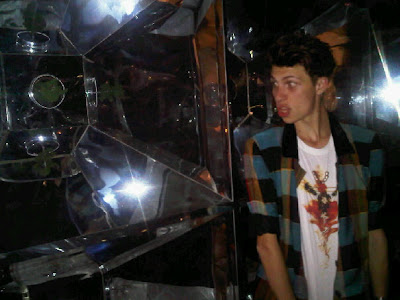 Dominic Jones's window was inspired by the work of the World Land Trust. Now celebrating their 21st year, they are devoted to raising public awareness of the endangered Atlantic Rainforest of Northern Argentina. Ultimately, the window is an innovative approach to create awareness, while Dominic Jones's beautifully designed t-shirt will help raise funds for the cause. So be sure to head down to Machine-A to check out the window and why not buy a t-shirt while you're at it and help save the earth in style! 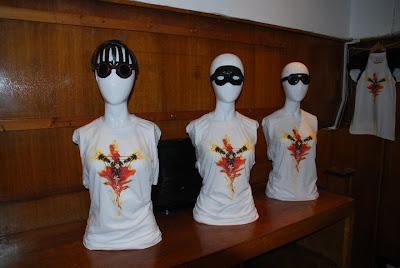