The Rolling Stones - From Robert Frank 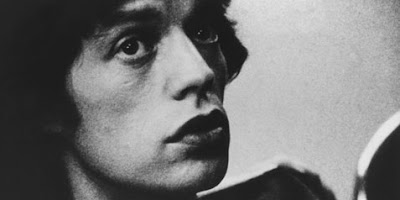 Cocksucker Blues, a documentary shot by photographer Robert Frank, unravels during the Rolling Stones’ 1972 American tour. This classic underground film features Mick Jagger and Keith Richards, at a time where anything was possible and with their knowledge of this lifestyle, it was not a necessity. Taking a road trip through the South proved not only to be a great source of inspiration but a “Perfect” one. By interpreting everything onto their next live performance. Throughout the early years, the Rolling Stones lived by this code. Invited on a ride of music, sex, and the drug that is life might have proven what one could only dream, but simply at the end one has to wonder only of the talent. A talent that draws you in completely where the rest is excluded and all that is left is true appreciation.

This program, along with others are in conjunction with the exhibition “Looking In: Robert Frank’s The Americans.” The black and white photographs captured a culture once-controversial but today are the most iconic settings throughout the world, such as the “Diner.” Robert Frank found beauty in overlooked corners that at some point were even cliches.

It is difficult to discover an original vision these days, 7th Man looks into the past for the future.

Film series continues until the October 31, 2009