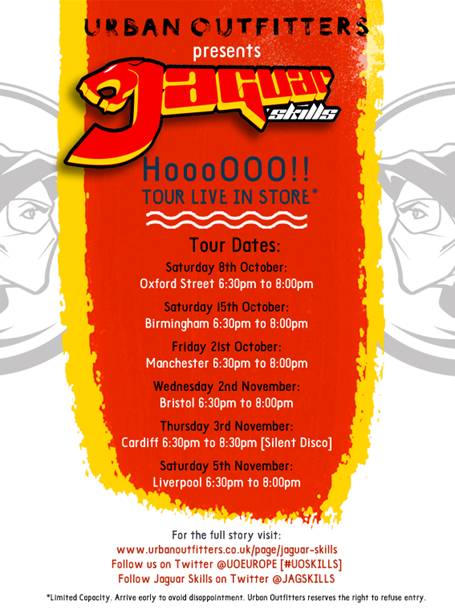 British DJ, Jaguar Skills, has gained notoriety since 2002 for his eclectic 'Mash it up like Y.B' style mixtapes. Jaguar Skills has released a number of mixtapes through various outlets, including BBC Radio 1 and BBC Radio 1Xtra, and now has a weekly 10 minute mix on The Trevor Nelson Show. He built his profile and learned his craft in clubs across the London music scene.

Visit Urban Outfitter's Oxford Street location Saturday, October 8th from 6.30-8pm to catch the HoooOOO Tour live in store.  Tweet #UOSkills on the night to be in with the chance of winning an exclusive Jaguar Skills tee.


By Courtney Beard Fashion Assistant
Posted by court at 6:31 pm