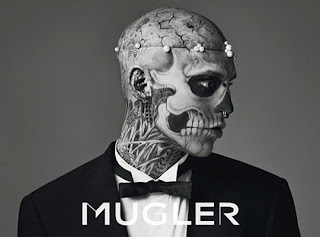 As weird as it may sound, it is actually true. The man behind the Haus of Gaga, Lady Gaga, UNIQLO, Vogue Homme Japan and now MUGLER first spotted the tattoo enthusiast on facebook and tracked him down through a tattooist friend.
In a very exclusive interview,  the creative director and model gave recently, explained how the model couldn't fly to France to attend the MUGLER shows because he didn't have a passport and the reason for that? Genest was homeless and owing around 20 thousand dollars in fines to the state, for sleeping on the streets.
Enamoured by his story, Nicola Formichetti flew to Canada to meet with Rick Genest aka Zombie boy and immediately shot the autumn/winter 2011 MUGLER campaign with him and photographer Mariano Vivanco, he even changed some of the a/w'11 outfits to suit a more gothic Genest.
Have a look at the campaign for a/w'11 after the jump
By Andreas Menelaou Features Assistant 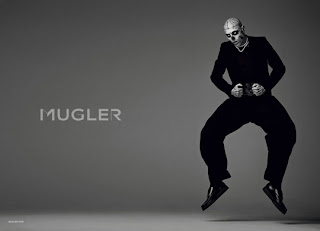 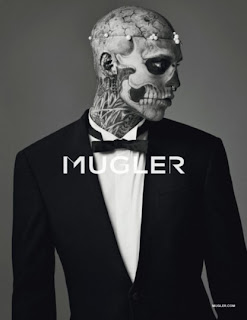 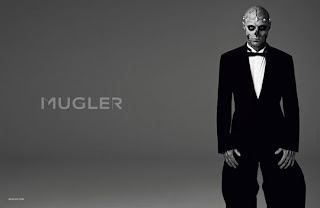 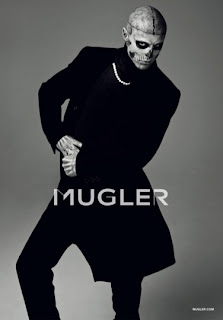 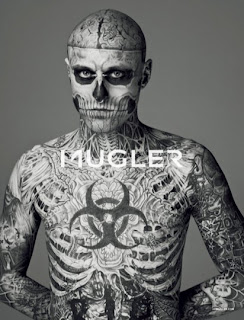 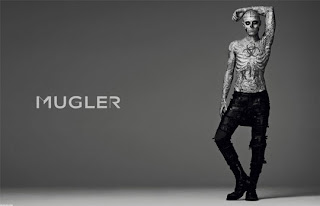 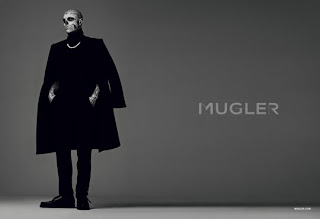 Images courtesy of Mugler.com
Posted by Features at 1:10 pm