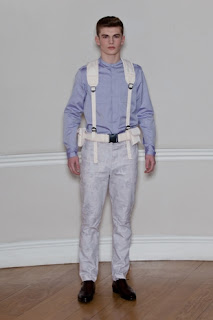 For the A/W 2011 season British menswear designer Omar Kashoura presents CLICK BRIGADE. The collection name is taken from the  feeling of binding together with a sense of efficiency and relevance, amalgamated with the feeling of a large body of people, the sense of a group of individuals coming together to reach a common goal. 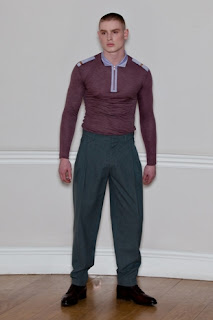 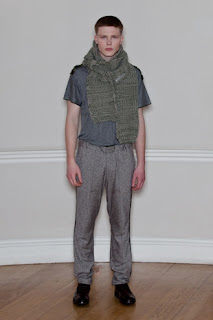 Omar has taken inspiration from a variety of historical art forms that express a social commentary of the time post past and present, such as the Luchino Viscontis film ‘The Dammed’ released in 1969, which tells the story of life in World War I Germany and trials young men faced in the era. 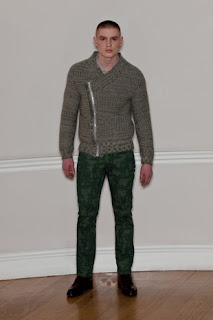 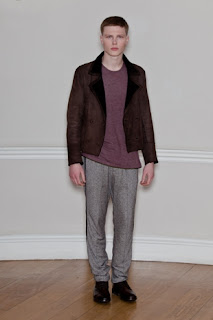 Pulling on these strong culturally relevant references the collection presents clean lines, with focus on a relaxed elegance, in soft shades of oatmeal, grey and green. The fabrics used have a luxurious quality, featured in merino wools and silk in knitwear and over dyed Italian jerseys while tailoring is shown in modern tech cottons, heavy oatmeal wool, and soft grey suiting which is finished with a wash that gives a softer appearance and finer feel.
Posted by Features at 1:32 pm