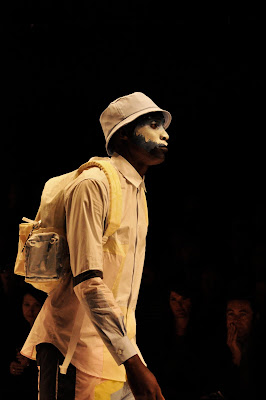 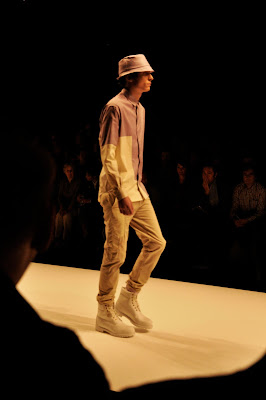 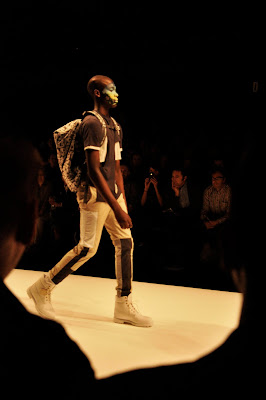 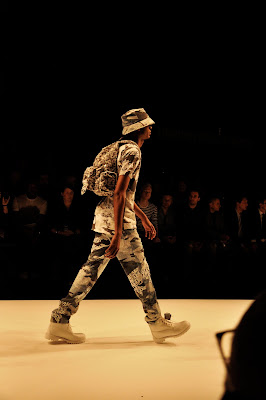 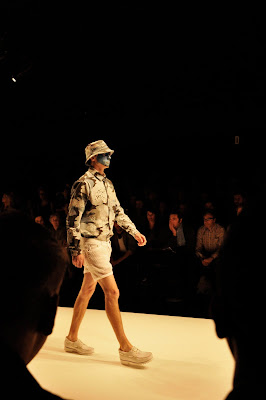 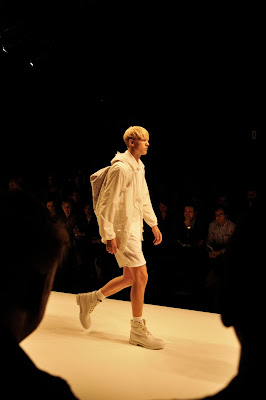 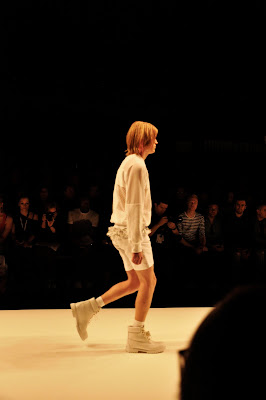 Since graduating from Central St Martin's MA menswear course in 2008, Christopher Shannon has well and truly made his mark on the British Fashion Industry through redefining the high-fashion sportswear genre. Needless to say, the crowd at the BFC tent waited with bated breath as they geared up for the unveiling of his new collection entitled "Never Get To Go Anywhere". Shannon's latest export was influenced by the nostalgic feeling of "Never getting to go anywhere on holiday" and derived inspiration from a vibrant combination of holiday and festival snaps taken by friends and family, as well as a nod towards Passa Passa reggae videos, fake ethnic tourist trinkets and reggae artist Dillinger.
As the models stormed the runway to a thumping soundtrack with their faces painted and bodies loaded with accessories, the blatant homage to festival stylings was revealed. With the initial stream of models sporting bright whites and a multitude of layering, the looks soon transitioned into Shannon's signature wide use of graphics mixed with a splattering of camouflage. Crisp white shirts had pastel coloured patches spliced together, while multi-textured knitwear featured in odd proportions and sat alongside block coloured anoraks.
Surprising touches, such as the smattering use of the rather questionable colour lilac and hats festooned with sprouting ruffles added a playful edge to the entire collection.
J.W. Anderson 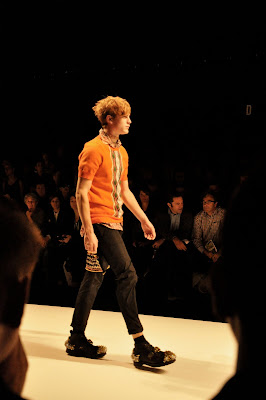 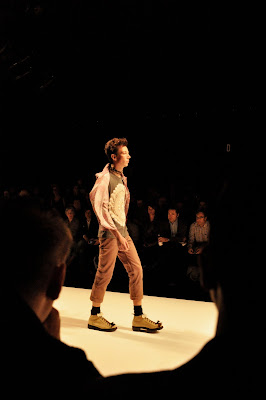 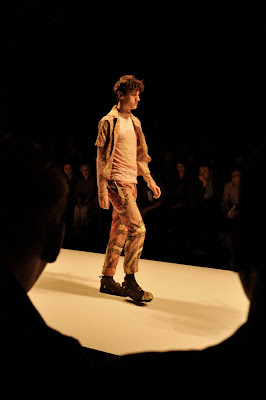 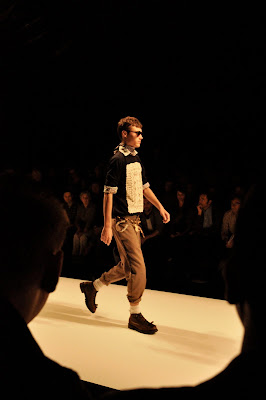 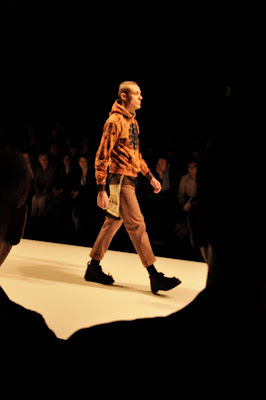 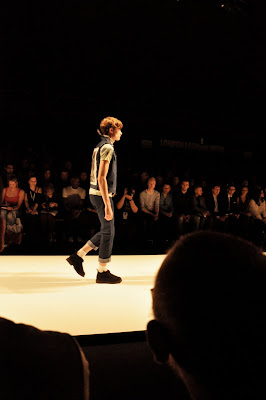 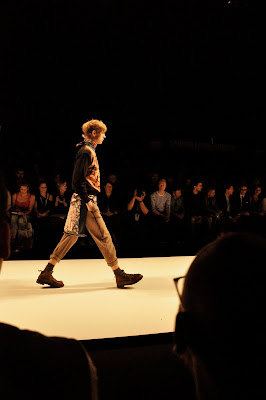 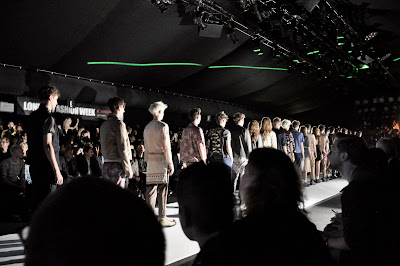 In close succession to Christopher Shannon was the spectacular showcase by J.W. Anderson. The collection, named "The Devoured and I" began with a certain rural feel before fluidly transforming into an all out psychedelic affair. Less is more was certainly not the case with this collection as Anderson sent his models down the runway in clashing prints, boots bejeweled with Swarovski crystals and the designer's trademark overload of accessories.
In a nod to previous collections, a multitude of looks possessed a certain bondage feel, with models donning spiked collars and knits with harness-like stylings. In all the palette was a vibrant mish-mash of colours combined with a haze of patterns that prompted an almost hallucinatory effect.
As the show concluded with the models lining up under the eerie glow of a sparkly, green laser smokescreen with the crowd looking on in awe, one thing became evidently clear, J.W. Anderson's new collection is testement to the belief that the British fashion industry is consistent in producing some of the most new exciting designers to rock the fashion world.
Posted by Aideen Shannon, Features Assistant at 1:17 pm