Sounds Of The Summer 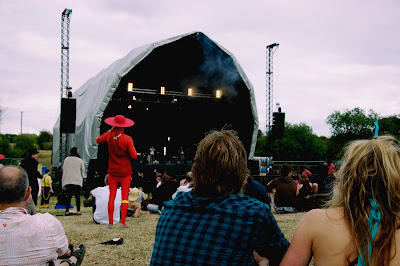 From its humble beginnings as a birthday barbecue, Standon Calling this year celebrated its tenth anniversary by proving that it’s bigger and more colourful than ever. Set in the rolling countryside in essentially founder Alex Trenchard's backyard (complete with swimming pool...); this boutique festival relishes in its non-corporate philosophy and this year pulled out all the punches in making it the ultimate independent festival of Summer 2010.

Striving on a level of authenticity fused with a certain whimsy, this year's offering not only included a killer musical line-up but also served up the quintessentially apt murder mystery theme of Murder On The Standon Express. Featuring such wonders as a Sweeny Todd's Barber Shop, an abandoned cinema, and a night club in a cowshed (as you do), the site alone provided fancy dress clad punters the perfect setting to revel in this devilishly delightful world of debauchery.
Fully expressing this particular narrative throughout the course of the three days, it was however, the Saturday night that truly became the epicentre of an alternative universe as the site became invaded by the likes of the cast of Scooby Doo as well as some rather literal interpretations of the classic Cluedo characters. 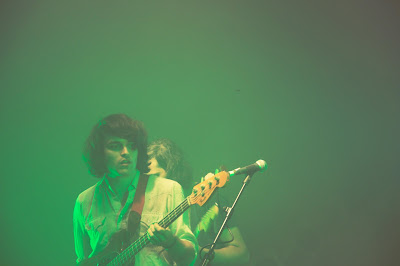 In all, Standon Calling 2010 was an epic affair and one we hope retains its personal edge. It may not be the biggest festival in the world, but with a line-up that boasts quality over quantity, an over-whelming friendly atmosphere and an added bonus of random quirks; this is a festival whose charm grants it the best-kept secret the UK festival calendar has to offer.

For more, Click Here.
Posted by Aideen Shannon, Features Assistant at 10:56 am